Is a native of Brownsville, TN. She is an entrepreneur who has been a successful and in-demand stylist for over 20 years, and she recently began pursuing her life-long dream of real estate as an affiliate broker at Conner Real Estate.
Collene is an advocate for other small businesses in her community working silently for everyone to have an equal piece of the pie. She supports and mentors young ladies and men in the community by spending time with them and their parents to facilitate plans for improvement. Collene is also a certified personal trainer who not only promotes physical wellness, but also mental health and well-being.
In her free time, she enjoys spending time with family and friends, attending church, modeling, traveling, and exercising.

Is the Southwest TN SHIP Program Coordinator at the Southwest Area Agency on Aging and Disability. She is a Licensed Master Social Worker and has a background in hospice and grief counseling. She is very passionate about the work of The Positive Living Group. She has a 22-year-old son, Jared, and two fur babies; Domino and Bailey. “I am honored to be a part of the PLG Mental Health Advisory Board and look forward to the many future accomplishments of this board and The Positive Living Group.”

Is an alum of the University of Tennessee at Chattanooga, where she received her bachelor’s degree in Early Childhood Education with an endorsement in Special Education and her master’s degree in School Leadership. She attended Trevecca Nazarene University where she received her doctoral degree in Leadership and Professional Practice while being honored as a top graduate with a 4.0 GPA. Dr. Mayberry is currently serving students and future educators in higher education as an Assistant Professor of Education and Teacher Certification Officer at Lane College. Over the course of a decade, she has instructed K-5 students and English Language Learners in both public and charter schools across the state of Tennessee. She has demonstrated exceptional motivation to monitor and engage with students, counsel and co-teach along-side general education teachers, and direct comprehensive programs designed to optimize literacy. In 2014, she was an honored recipient of Blue Cross Blue Shield’s Educator of the Year and in 2015 Go Noodle Teacher of the Year. In 2017, Dr. Mayberry published “The Effects of Teaching Reading Comprehension to ELL Students.” She is a proud member of Sigma Gamma Rho Sorority Inc. Dr. Mayberry is committed to excellence and lifelong learning.

Is a dedicated lawyer with a passion for helping those in need in the West Tennessee area. Ms. Grewe possesses the keen ability to connect with clients on a personal level which helps to ease the sometimes difficult process of litigation. She is a tenacious advocate with a practical, down-to-earth problem solving approach.

Is from Brownsville, TN and works in admissions and utilization management at Aspell Recovery Center. She is currently working on a degree in social work from Jackson State Community College and is a proud mother of three children. Raven, herself, is almost five years into her own recovery from addiction and is proud to be serving others who are working through their own addiction journey. Her hobbies include singing and playing with her children, helping people, and watching God’s plan unfold for others through the journey of recovery and change.

A native of Jackson, Tennessee. A 2000 graduate from Union University School of Social Work. I received my Master’s of Science in Human Resource Management from Troy University in 2004. I have been a Social Worker for over twenty years in Madison County. Currently, I am employed with Compass Coordination, Inc. for 17 years as a Lead Support Coordinator and I manage our Jackson office. We coordinate services for individuals that are intellectually and developmentally delayed (IDD). I am married to Clayton Goldsmith and we have three sons Jamaal, Andrew, and Wesley Goldsmith.

Is a Jackson native who attended Jackson Central Merry (‘86). Upon graduation, she attended the University of Alabama where she majored in Child Psychology & Development. During her collegiate career, she interned at UAB Hospital in the surgery education and cardiovascular unit. She has served as an instructor of infant stimulation at the Kiwanis Center and with Healthy Start for at-risk teens. Shelby is also a nurse and graduate of the Tennessee School of Midwifery in Gallatin, TN. She enjoyed her work as a midwife and mainly delivered babies for the local Amish and Mennonite communities. She recently co-opened a retail store in Jackson (The Queen Bees) and is currently an instructor for Jackson Madison County Hospital. Shelby is married to Clay Jones and they have two sons, Fort & Mason. She also loves spending time with her four-legged children, Lucy, Maggie, Happy, Momma, Birdie, DixieDoodle, & Cotton. 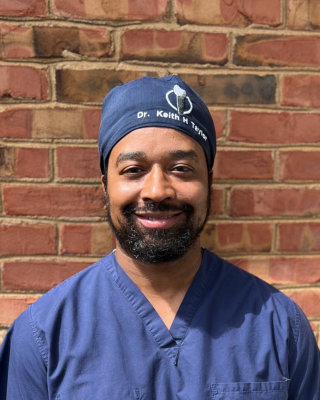 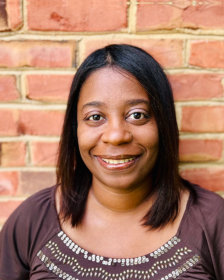 HS/EHS Director, has been employed with Head Start programs for over 22 years. She currently oversees head start, early head start and pre-k programs in the following counties of Benton, Carroll, Gibson, Henry, Lake, Obion, Madison, and Weakley Counties. In total this program serves a total of 871 at-risk, low-income families and children. Ms. Humphreys’ comprehensive knowledge of the HS/EHS program are a direct result of her experience being a single low-income parent and working with the homeless families is her expertise, as well as her various experiences working in NWTNEDC HS programs in various roles of being: Assistant Coordinator, Family Advocate, Center Manager, Area Specialist, Compliance Manager, Operations Manager, and Program Director. Ms. Humphreys holds a master’s degree in Organizational Management, with emphasis on Early Childhood learning, she is a Certified CLASS Observer, Making Most of Classroom Interactions Trainer (MMCI), Professional Development Specialist (CDA & Home Visitor Observer), and a committee member of: Pre-K Advisory (various counties), Carl Perkins Prevention of Child Abuse, NW Council of Children and Youth board member, Carey Counseling Center Board Member, CRP/SWOPS Member, Region 4 All-In Adoption Challenge Committee, and DHS and DOE Advisory. Ms. Humphreys collaborates with the Board of Directors within her eight-county service area, as well as the NWTNEDC Management Team to ensure ongoing monitoring of all program components to ensure oversight and compliance with all federal, state, and local requirements. Ms. Humphreys has advocacy experience and expertise in counseling center(s) in which she provides family support, therapeutic visitation and Alcohol & Drug services for families and children. She is also a US Army Veteran that served in Iraq 2003, in that job she as a dental assistant and Sergeant that served in a hostile combat war zone. Rakaya has been a resident of Carroll County since 1994 and has been a resident of Huntingdon since 2001.Although she has a busy work life, she does balance it well with family time with her husband Antoine, her son Lukas Reynolds, her mother Lucy Maggit, her pug puppy “Rocky,” her other relatives, and her friends. She enjoys community engagement events, working with teen youths through TN Promise program, worshiping, networking, event planning and helping people. 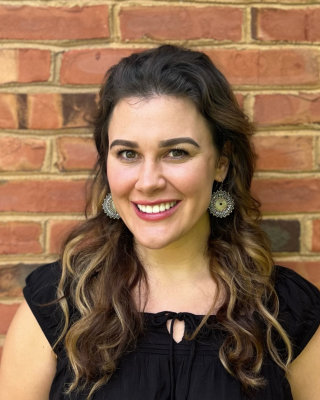 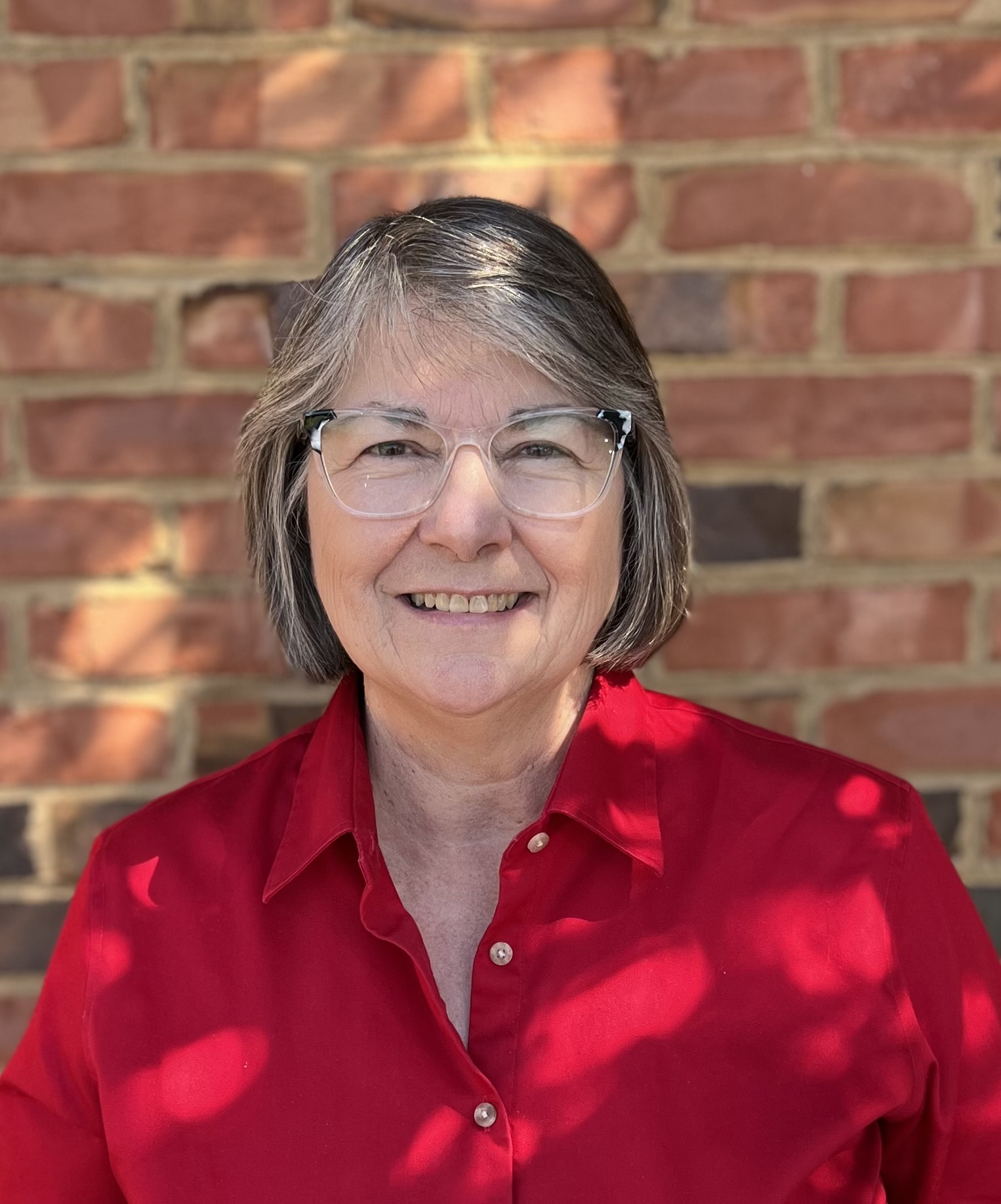 Mary Anne Poe, dean for the School of Social Work, always knew that she wanted a career with a hands-on approach to helping others in need.

“I’ve always been a bit more of a practitioner than a scholar, and social work sort of lends itself to that,” Poe said. “My interest has always been helping to mobilize congregations and people — Christians — to address human needs.”

Before coming to Union in 1996 as an adjunct professor, Poe attended Southern Baptist Theological Seminary then received her master’s degree in social work from the University of Louisville. In 1998, she became the program director, focused on developing the School of Social Work from a department with two faculty members into one that now employs 16.

Poe says that the most fulfilling part of her job is helping students to see the many different career paths they can follow. From hospitals and prisons to the mission field, graduates from the School of Social Work can work virtually anywhere.

“I love the opportunity to help students think about their life, their career, their calling, and their giftedness,” Poe said. “To help prepare them to do what I think is very important work.”

Alongside her role as the dean, Poe also serves as the director of the Center for Just and Caring Communities — a program dedicated to serving the community through two initiatives: the Trauma, Faith and Resilience initiative, which serves homicide trauma victims, and the Church, Faith and Community initiative, which works to mobilize congregations to be more involved in their community.

The Center for Just and Caring Communities also facilitated a collaborative effort with five colleges in the Jackson area to create the MentorU initiative. MentorU is a mentoring program designed to host middle school students on various college campuses so they can begin to think about their future careers and opportunities.

Poe also serves as a part of Union’s Racial Justice Initiative, which works to create a strategic plan for Union to be more aware and proactive about racial injustice. In conjunction, she teaches a class called Social and Economic Justice within the School of Social Work.

Poe says that her favorite thing about Union is the student-focused and Christ-centered community.